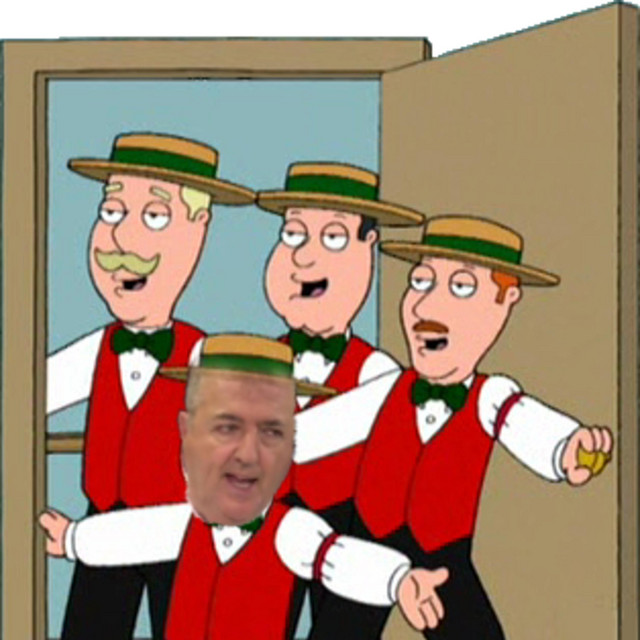 {*bell rings as the door opens*}

[Barber to Ghostface] + {random fan}
Yo whattup man, how you want it cut? {sh*t whattup Starks?}
(Just give it to me how you been doin it) {Yeah yeah yo}
{Yo I just got that brand new 40 Cal son}
(Knahmean? Do no bullsh*t, and don't f**k me up this time neither)
{I gotta open it right now son}

[Music starts]
(Aiyyo fam keep it cool, you know we got them thang thangs up in here man)
Yeah my n***a, buy you a Foreman Grill
Straght up, you like to eat right?
f**kin with n***as heads and all that sh*t
Y'knahmean you got n***as goin to different barbers 'n sh*t
n***a be throwin you forty beans, fifty beans and
And then can't get not one free cut out your lil' monkey ass right?
Alright

[Ghostface]
AHH! Didn't I tell you don't touch the sides? I'm goin bald on top!
You lucky you cool, I'mma let it ride
Slide, you played me so you can't get paid
How you gon' f**k up a don and cold dog his fade?
I look like UTFO one of them dudes from back in the days
The Educator Clapper is housin your coke and the spray
Barbershop n***as, always wind up f**kin around
One minute you hot, next minute you not
Remind me of the New York Knicks with they jumpshots
Ox, whack as hell, my ratchet spell
f**k up again you'll have a funny smell
All Reneece is doin straight nails
Puttin in bangs for b*t*hes
Hundred dollar weaves, some different strains of horsehair

[Outro]
Yo Tone put the gun away, the cops is here
(I want everybody down! I wanna see ID, and I don't wanna nobody sayin nothin)
(I put one of you moolies back, I'm telling you right now)
(I will shoot any one of you guys, I'm telling you)
(Don't hit the exit) {*man running and breathing hard*}

Barbershop is taken from the album "God Bless the USA" by Ghostface Killah, The Barbershop Guy. It has a duration of 02:56. The genres of this track are: Gangster Rap, Hip Hop, Rap, Southern Hip Hop, East Coast Hip Hop.
Other tracks from this album include: Barbershop