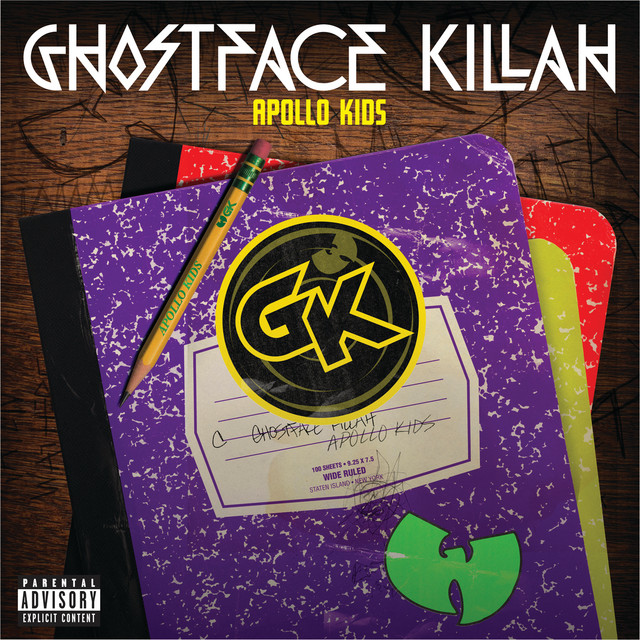 [Ghostface Killah]
Throw me in a mosh pit, I'm live, will start sh*t
Melt the place then break out like an arsonist
Classified to get it for a classic killing
If I turn my back and walk, that means I'm chilling
Got b*t*hes in mi casa, boiling fresh lobsters
But I don't do the shellfish, I'mma just eat pasta
Turkey, Italian sausage, chopped up kielbasa
Doing hits from home, like an elite mobster
Love my onions iced up, real little, wifed up
Gotti trench men is real brittle, Poconos is where I go with the capos
Eleven Sammy the Bulls, ready to wake those
I'm half black, yo, half oregano
That's half Ital', yo, who he, I'm from that Island, yo
Staten, crushing n***as like aspirins
Commissioner Kelly, ya'll kill ya captain
That's word to my b*t*h that's laid off
That little patch in the pu**y, word, I ate it off
Team move with hands in the air like Adolf
Hand me a big joint, bet I spray it off

[Cappadonna]
La Cosa Nostra, La Familia
What, violate my family ties and I'mma kill ya'll
Mi amor, dami un beso, El Capitan, I'm ghettio
Hot sauce, on my Spaghetti-O's
Poppy Wardrobe, Mexican, handle a hose
All my gutter gang crew, got border patrol
Lights on when I come through, black Soprano, what
Two in the holster, my code name Darryl
Ride off in the sunset, sparking the barrel
Long boots on, my horse named White Boy John
Ride that side of that b*t*h, straight Mexican song
Ash hanging off the blunt, don't ever look at me wrong
In my heart piece stolen, Julio, I'm dirty
Up in the Arizona desert, where the sh*t get ugly
All my Staten Island riders, ride or die honchos
Get CREAM all day, leave our poncho
We bull fighting n***as, wrestle with broncos
And my team stay tight like Silver and Tonto
Carry a long whip, ya'll whip ya ass
Hard head Mexican dope, mixed with hash
Machete behind dough, with a rip in the slash
Desperado kids, me and Ghost, back at last

[Trife Diesel]
Yeah, Cinqo de Mayo, imported guns from Cairo
Got bagged with the toaster, beat the charge like rhinos
This b*t*h who's Albino, I met her out in Chi-Town
While I was out in Greek town, ordering gyros
The bad b*t*h keep a tool and a bible, quick to murder her rivals
And her pops was a gangsta disciple
He killed about a thousand vice lords, guns and knife wars
The feds came for him, so slick to the night ward
Down in the N.O., and right before he left
He wrote his daughter a memo, left stacks in the Benzo
It got hot, n***as selling, giving out the info
He paranoid, every 20 seconds out the window
Blow it in the limbo, he spazzed on Lorenzo
And smashed him in the head with his own son's Nintendo
About a week later, the boys came and rushed him
Kicked down his door, while he sleeping and cuffed him

Black Tequila is taken from the album "Apollo Kids" by Ghostface Killah, Cappadonna, Trife. It has a duration of 03:43. The genres of this track are: Gangster Rap, Hip Hop, Rap, Southern Hip Hop, East Coast Hip Hop.
Other tracks from this album include: Black Tequila, Ghetto, Purified Thoughts, Starkology, Trouble, Street Bullies, Handcuffin’ Them Hoes