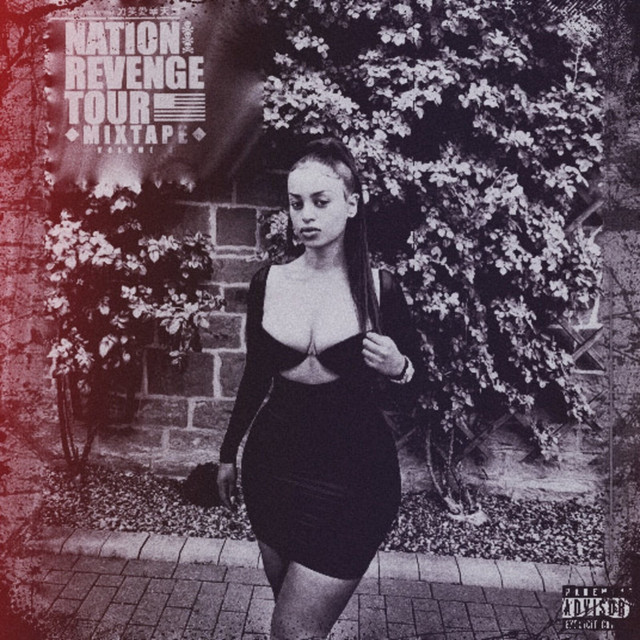 [Intro]
You did it baby! Congratulations, homie!
You made history! 1.1 million in a short week!
Ha-HAA! Screw a press conference!
Press this on your conscience!
D-Block, cheers! YEAH! Ah-ha-ha
I ain't mad, I don't wanna sound mad, I feel marvelous
D-Block, Double R, f**kin' faggots!

[Verse]
We gon' handle this like grown men, you won't win
You don't even feel comfortable in your own skin
I rap my ass off, I'm fightin' the champ with the glass jaw
At the Garden or Nassau (Uh-huh)
See me, couple hood n***as behind stars
I heard you put a couple good n***as behind bars (Preme!)
I might never sell that much
But you can bet your last two quarters I never tell that much
Picture 'Kiss not come out swingin'
It's like going to see 50 at a show
And he don't come out singin' (C'mon!)
Yeah, you got a felony, but you ain't a predicate (Nuh-uh)
Never the King of New York, you live in Connecticut (Haha)
You don't be in the hood, you be in the woods
f**kin' with me, it's where you really gon' be for good (Ugh)
I hold the 4-5 myself (Ch-chk)
And hop out the Range on 1-4-5 myself (What up!)
This is a true fact
Since when has it become cool to get shot and not shoot back? (Never)
Trackmasters shelved you (Ugh), Bravehearts helped you (Ugh)
Then everybody felt you (Uh-huh), now I gotta melt you (Yeah)
And don't try to pull rank on 'Kiss
‘Cause the n***as I'ma send to do it ain't gon' miss
Be layed up stiff, I spit straight up piff
I did real songs with Big, no made-up sh*ts (Ah!)
And I don't got a problem with clout
You ain't get shot again yet
So what's your second album about? (Nothin'!)
Your raps are pre-school
You made a lot of money, now be cool
'Fore I swell up your lips like seafood (Mmm)
Can I get a mic check?
You don't stand a chance at the dance with me, dawg
Your steps ain't right yet (Uh-uh)
Block is just fine, homie, the D's straight (D-Block)
Most likely, your new CD is a weed plate (Haha)
Bunch of love songs, 100% pure garbage (Garbage)
Just somethin' to break up buds on
You should just sell clothes and sneakers
‘Cause outta your whole camp
Your flow's the weakest (Garbage)
I'm in the town where the young boys is clappin' (Clappin)
You runnin' around with the lieutenant and captain (Haha!)
It'll take a lifetime to see 'Kiss
You had to get shot 9 times to be rich

Checkmate is taken from the album "CheckMate (Remix)" by Jadakiss, Ombre2Choc Girls. It has a duration of 02:38. The genres of this track are: Gangster Rap, Hip Hop, Pop Rap, Rap, Trap.
Other tracks from this album include: Checkmate