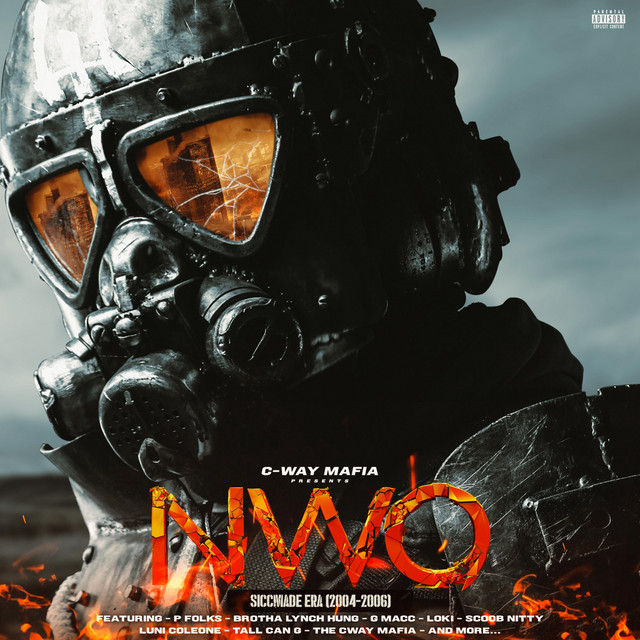 [Verse 1]
I be the grossest n***a spitting dirt about the hood
Then they go with the flow that's ferocious
Kill 'em off with the minimal dosage
You don't wanna see the result of my ultimatum when I focus
And I got the streets on lock
Muthaf**kas feast on Twist like they feast on Pac
I'm a beast and the beats don't stop
Twista and the Legendary Traxster and we so hot
Kill 'em off if we ever get into it in a minute I'mma murder 'em and put 'em in a bodybag, ain't nothing they can do about it
Dump 'em in the streets you'll never know it was Get Money that was in the controversy 'cause I off whoever knew about it
Take it up another level when I'm off of tropical and raise it up another decimal in my mentality
Physically I be from the inner city yeah the Windy City but I'm spiritually from another galaxy
And I be one of them n***as that never do give a f**k
What you say as long as I'mma get 'em up
Witness that I'm fly, look at the way I kick back
Quickest in the Chi, guess you can say I spit that
Devin Hester, D. Rose
Never see me at a show in cheap clothes
Take over the game no cheat code
And I'mma ball like Shaq, no free throws, I'm on...

[Pre-Hook]
When it be coming to this rap sh*t I'm top shotta
Midwest godfather, hotter than the city like Bambaataa
And I'm a damn problem, a speedknot mobsta
Blowing on the top ganja
Everything I wear cost top dollar

[Verse 2]
I am the Higgs boson
Mass of the rap, lance rigs with photons
Come on write that over more gigs and role bombs
Make you have to hold your kids in your arms
Got you the remedy
We stand the test of time like I'm the statue of liberty
And I'm bringing the wrath on my enemy and I'm an immortal
When I'm in a portal full of math and chemistry
Telling you that I'mma get 'em when I see you coming with the rhetoric that let me know you wanna get annihilated
I am at the pinnacle of what I wanna be, then leave an enemy in back of me and anybody violated
Put 'em at the bottom of the barrel I'm a animal
I kill 'em with the ammunition, there gon' be no murdering me
Coming to the surface of the Earth and the purpose of work is the worth of a person per hundred million money for me
Protons, neutrons, electrons
Building blocks to a decepticon
You just met with tron, the upset LeBron
Kobe Wan Kenobi
Left hand and I'm a black Ginóbili
Shootin' 'em until they marry death in holy matrimony
sh*t on muthaf**kas if I ever catch 'em acting phony

[Pre-Hook]
When it be coming to this rap sh*t im top shotta
Mid-west god father, hotter in the city like bambaataa
And I'm a damn problem, a speedknot mobstaz
Blowing on the top ganja
Everything I wear cost top Dollar

Ferocious is taken from the album "N.W.O" by Twista, C Way Music, Key Loom, Call Boii Sciit. It has a duration of 04:30. The genres of this track are: Dirty South Rap, Gangster Rap, Hip Hop, Pop Rap, Rap.
Other tracks from this album include: Ferocious

Other Lyrics by Twista