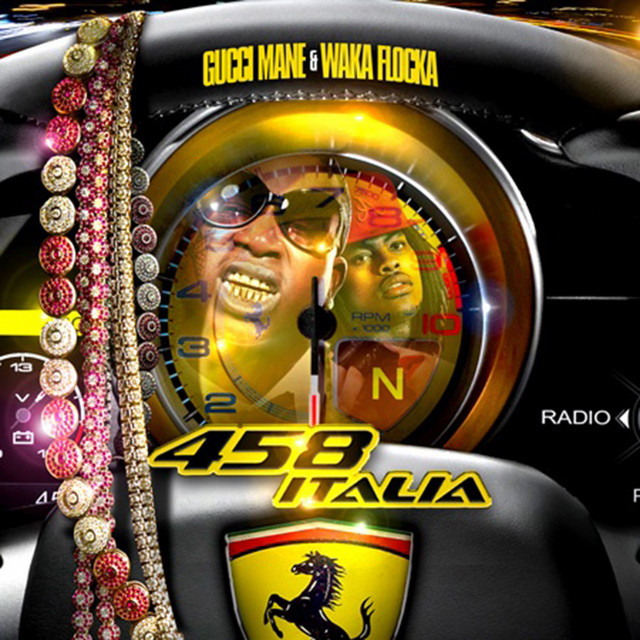 Waka Flocka Flame, P.Smurf
[Verse]
n***as actin' like they're kings 'til i walk up on their throne
Take a p*ss, kiss the ring, know it hurts, know it stings
Red alert on the beam... Flocka home
The kids misdirected and the cops are wrong
Man they rattin' on each other, then they back at home
Actin' like it never happened, backstabbin' wow
What's next? Another rapper dead, no flex
I'm goin' at your head, who the best?
Cut the check, closed mouths never get fed
Take the food off your plate, chew it in your face
I can't hear your sh*t, moment of silence
Condonin' the violence if you're proposin' a rising
Their fan base mad I killed their favorite rapper
I'm still your favorite trapper's favorite trapper
f**k freestyles, kill 'em with the written rhymes
And all you cokehead rappers better get in line
No subliminals, I'm direct gettin' off
Your clique is soft, let your b*t*h kick it with a boss
We're two people from the bottom, we're just different lanes
Cole I feel your pain, feel like I was born again
This the tiger and the lion, this is David and Goliath
This Qua-ran and the Bible, this the pistol and the rifle
In the cypher I ignite you - boom!
It's a cold f**kin' world and I'm sneezin' bricks
And we got grey tickets, on my season sh*t
Break them chickens down, then we season it
Re-press it, then send it, that's an easy flip
Crush my enemies, they just envy me
Now it's business entities, it was meant to be
Squad life 'til they sentence me to centuries
Can't get to me, I handle sh*t differently
We never had sh*t, wonder why we lootin'
If he ain't got a pistol, why the f**k he shootin'?
I think them drugs pollutant, should've stayed a student
But then I wouldn't be on stage givin' out the blueprint
Holler at the movement, I'm about to lose it
And when I do, lay it down, ain't no f**kin' movement
They like, "Flock, what up with EDM?"
Same rappers lowkey don't wanna see me win
50 thou for a verse, I don't need a friend
And I don't really like your music, so why pretend?
And how you gangbangin' after you're famous?
Swear half of you brainless, you rappers are aimless
You rappers are anus, I'm clappin' the stainless
This accurate aimin', start droppin' your names in
It's a new world order
Made a dollar out a quarter, made some dollars out of quarters
Now the show's across the boarders and they're slaughterin' our daughters
And they're killin' all our sons, this sh*t ain't just for fun
We used to put our hands up and box on the block
Now you put your hands up and get shot by a cop
I sat first class by Donnie McClurkin
He said, "God got a plan, young man, keep workin'"
I know, Flocka!

Fire Squad (Remix) is taken from the album "458 Italia" by Waka Flocka Flame, P.Smurf. It has a duration of 03:01. The genres of this track are: Atl Hip Hop, Dirty South Rap, Gangster Rap, Hip Hop, Pop Rap.
Other tracks from this album include: Trunk Full, Rollin’ (Remix), Killed the Parking Lot, Lil Debbie, Fire Squad (Remix), Call the Squad, 77 Birds

Other Lyrics by Waka Flocka Flame