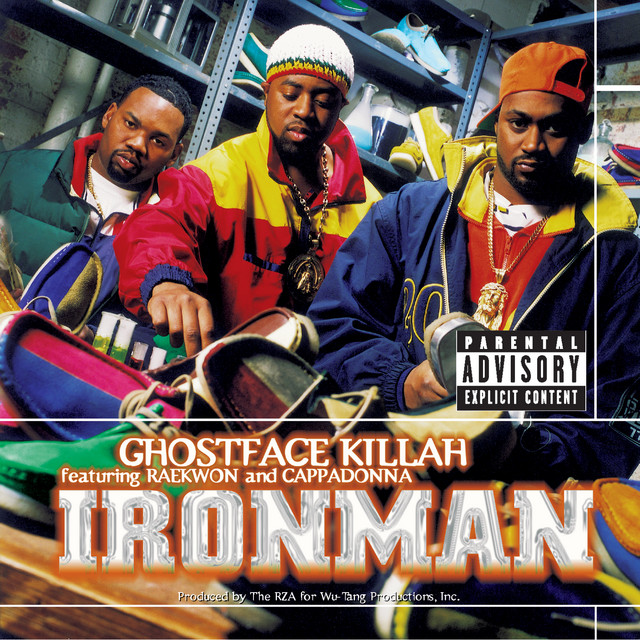 [Intro]
Ayo
You know, they're killers themselves
Hey, hey, hey, forty-six hundred in there, duke
How you want it? How you want it?
How you want it? Stop that, stop that
These are the men who lead the crime families of America
I control 26,000 men
Except for dope, we operate in all aspects of organized crime
And if there's one thing I'm sure of
It's that drugs destroy your mind and destroy your home
In the end, it'll only lead our country into ruin

[Verse 1: Ghostface Killah]
We eat fish, toss salads and make rap ballads
The biochemical slanglord'll throw the arrows
In the dope fiend, vocal cords switch laser beams
My triple sevens broke the slot machines out in Queens
Grey Poupon is Revlon rap, smack pawns, swing like batons
Most my n***as smoke like Hillshire Farms
Check the gummy sole, underneath my shoe lies the tap
That attract bow-legged b*t*hes with wide horse gaps
In steel mills I inhale smoke to blow on duns
You run errands, Primatene Mist is afraid of my lungs
Turn my channel, it'll blow your whole bench off the panel
Like eighty roman candles that backfired then slammed you
Every day is like a video shoot, check this sh*t
I take it back to Playboy, stash guns in whips
Picture afro picks, shish kabobs and dashikis
Thousands civil marched, raised their fists in early sixties

[Verse 2: Cappadonna]
Now check this one, you must have been stupid to miss this one
Donna shogun and flip a ton of fashion
Destination be the cash one, I step past one
Don't make me blast one, I'm cold like Eskimo floe
Cappa-villain stay chillin', take shots of penicillin
Clean out and let the steam out, she fiend to blow out
But I'm equipped with mad white, Morris The Rat got nine lives
I'll take a few hundred thousand dollar dives
And then I still never go down, until the last round I shine
When RZA do his thing motherf**ker, I'ma do mine