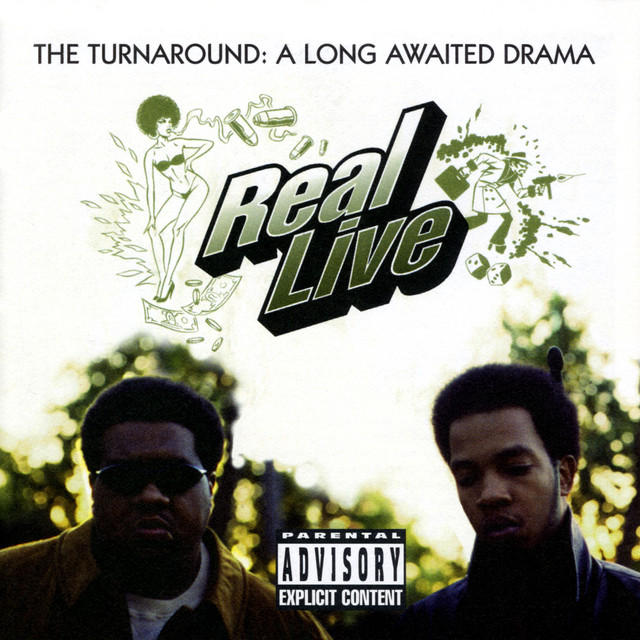 [Verse 1: Ghostface Killah]
Beatdowns galore, kids walk away holding they jaws
Wishin they had yours, tours posters plus sneaker stores
Balls be gettin licked kid on whatever airline
Restroom style courtesy from stewardess, the b*t*h washed mine
Shellbox nines never been popped, Knowledge Bill shots
Israelis be hittin me, Ting's death made the store hot
Jewels gleam, n***as beam, whole team labelled wally king
Goldie bought a pair, Chinese man dot him with the green
World's greatest, Las Vegas payed us, rap crusaders
Casino champs, Gods sport the latest
Today's math, f**k nothing but ass, take Cristal baths
Go half on this robbery, we run up on Johnny Cash
Kid's invicible, back to back screws, Wu's suspenseful
You get lynched, Starks will play it cool like a mint
Like a night out, whitey's callin me like a double date
Alkies get the shanks, yo it's swine inside Hostess cakes
Yo my man, check the moral or get deaded
You bust a shot and that big bullet was unleaded
Word up, yeah, bounty killer

[Sample: Nas]
I leave 'em froze, like heroin in your nose

[Verse 2: Lord Tariq]
Yo I'm elected by a landslide, well known, heaven sent element
That sh*t you talk's irrelevant, got power like the president
My dialogue's benevolent, no question I'm connected got a
Gift for stick-up and late night coke pick ups
Money talk gets my d**k up, especially drug related
Money boss contemplated, Bronx blocks complicated
New York by us so don't try us
Mad corrupted minds for mad corrupted times
Thank God I had rhymes
I be the rapper who be hustlin', black entrepreneur
Opening doors for the poor though it's against the law
Livin' the climate for a killin', smack the law and f**k your order
Some others watch your daughters, it's a slaughter
In the world of scramblers and gamblers, d**ks and dykes
Long cars and caviar, you know the project stars
I give a penny for your thoughts, pay a Nickle for tush
So stop beatin' round the bush and give it to me
The way you look is goin through me
Sue me, takin everything I got and
Plottin' animosity for my property
Got me and locked me away from the world
I'm wonderin' who's puttin' use to my money and my girl

[Verse 3: Killa Sin]
Check it, yo
Thoughts collaborate with gun talk, shatter weak force
My strategy, stalk for casualities walk
They tragically caught a cavity in they anatomy
Assault and battery for havin me
Believin that they bad, in actuality they cavalry's butter soft
n***as runnin off with the gun and talk
Loose lips, slip the f**ker two clips to shut him off (blaow)
So sweet dreams to your weak team, my heat feeds ya ass to rest
See who pass the test of guns that blast the best
You never win against Killa Sin, you're similar to Gilligan
We're fillin his ass, not worth the mentionin
Like snatchin pocketbooks and claimin bodies that you didn't catch
Aimin empty Glocks at n***as' necks without intent to wet
You just a wannabe, gonna be dead n***a
In front of me with no abundancy amongst your currency
Flat broke, sellin lady powder maybe even flour
Last thing I heard a fiend that flips over a baby shower

[Verse 4: Larry-O]
Yo I remember gettin' ganked, staggerin' on the plank
Dwellin' on the edge, full fledged, grabbin' for bank
Auto pounds touchin' clowns, DT's clock rounds
For slick was in the SL, forty shells hit the ground
55 on the Belt, fifty grand in my belt
Then I swerve to New Jers', that's where Iceberg melt
It was a ruthless type of homicide, this is the drama side
Porcelin' nine milli slugs tear up your insides
Venomous vocabulary, mad n***as heard it
Got anointed like the Juice, two minutes before the verdict
Who make a claim, who movin' caine on trains
Slick lines is open, out of state kids give me the lane
Def flip the track, cut the rhyme like quanines
Stampin undertaker, the slums is mine n***a

[Sample: Nas]
I leave 'em froze, like heroin in your nose

Real Live sh*t Remix is taken from the album "The Turnaround: A Long Awaited Drama" by Ghostface Killah, Cappadonna, Real Live, Lord Tarik, Killa Sin. It has a duration of 06:15. The genres of this track are: Gangster Rap, Hip Hop, Rap, Southern Hip Hop, East Coast Hip Hop.
Other tracks from this album include: Real Live sh*t Remix