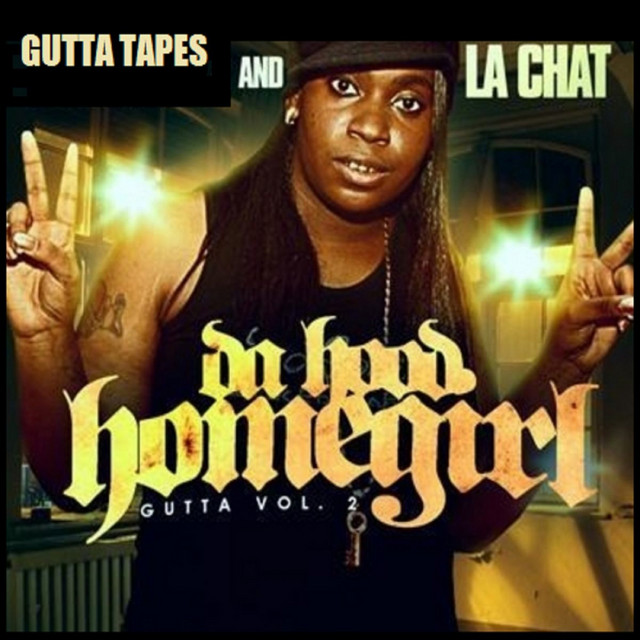 [Gucci Mane]
You know the procedure, when you see a heater
Bullets rippin at'cha, got you runnin like a cheetah
Rob in my black tee, mob in my black V
Robbed the weed man, cause the n***a tried to tax me
Ye ain't gotta ask me, tell me where the stacks be
Hittin big licks got me ballin like an athelete
Used to take Starter coats, moved up to bigger dope
Down for a kick do', just to make my wrist glow
Steal from the rich, but I hang with the po' folk
Ball 'til ya fall, but don't ball 'til ya go broke
Gucci Mane, La Chat, we in and out the trap fast
Leavin out your house, thirty birds in my bookbag

[La Chat]
Okay, check that b*t*h
Wake up early in the mornin, looking for a victim
The first n***a look like dollars tryin to holla I'm gon' get him
Ain't got no time for relationships, I'm out to get that cheese
Even if I have to kill you b*t*h my son I got to feed
I'm at the mall I'm poppin tags with shopping bags so style
I found a duck that I can pluck, that n***a that asked me out
Whoa~! Hold up my n***a you must don't know I gotta get'cha
You told yo boy I got a big ass, but boy my nine is bigger
I'm waitin on him to pull up at the spot I see he clean
That boy sittin on them thangs, a iced out chain, and big ass rangs
He said let's go to the movies, I told him let's go to the room
This n***a think he really got a freak, but mind is 'Do the fool'
We get to the room, I let him rub, I let him get a lil' touch
I told him hold up stop, let me go to the bathroom freshen up
I went out the bathroom window, met with Gucci, Glock in purse
Kicked in the do', shot him in his head, took his cheese and left him murked
I'm that b*t*h!

[Gucci Mane]
They say that I'mma cutthroat, Gucci never cut coke
Yea I'mma jack boy, known to run a drug sto'
Hang wit the thug boys, nicknamed the Goon Squad
First you gotta sign up, then you get your goon card
n***as scared to f**k with me, don't wanna serve me
Shop wit ya Wednesday, take from ya Thursday
Splurge wit my comrades, Gucci Mane I'm hood rich
n***a kill for ya if you just buy him a outfit
Think like a mob boss, move like warranty
Got a half a mill' safe, just to keep the bills paid
Burn 'em with a hot fork, tazer on his nutsacs
I ain't come to play man I came to find them big stacks

About Stick Em Up

Stick Em Up is taken from the album "Da Hood Homegirl - Gutta Vol. 2" by Gucci Mane, La Chat. It has a duration of 04:40. The genres of this track are: Atl Hip Hop, Dirty South Rap, Gangster Rap, Hip Hop, Pop Rap.
Other tracks from this album include: Stick Em Up