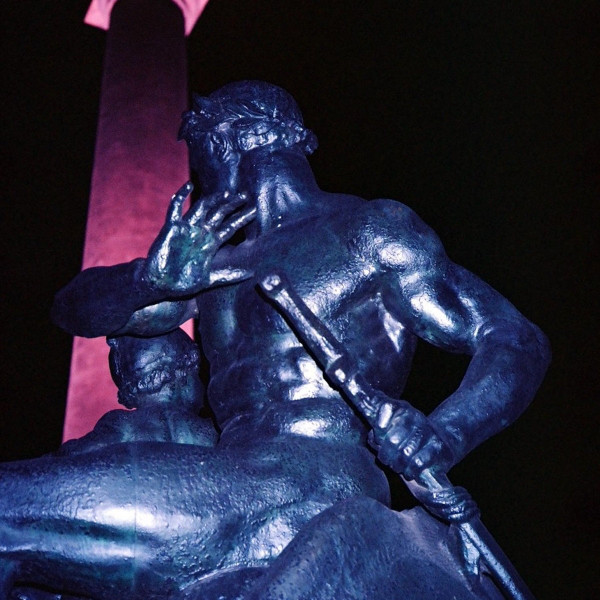 [Intro: Raekwon]
I see buds that are green, red roses too
I see the blunts, for me and you
And I say to myself, what a wonderful world..

[Hook: Ghostface Killah & Raekwon]
It's the illest little story for all the girls and boys
Wonderland you should see it, ch-yo
Animated actors that become ya toys
Once you see it, don't believe, ch-yo

[Verse 1: Ghostface Killah]
Aiyo, my wiz play the flute, I stroll through the forest like
Peace, bushes, trees, hello, how was your day? Have you seen the prince?
Haven't seen him since he pushed Humpty Da-Dumpty fell off the fence
The Smurfs fell out laughin', Heckle told Jeckle at min
They took my Medicaid card, he's a good friend
Bugs still sniffin', Daffy Duck snitchin'
And heard that crazy Bird took the stand on The Simpsons
Bet you "my golly, oh glory" with a story to tell
Droopy got knocked, now he Muslim in jail
His name is Abdrul, Colorful, Snow White tattoo
She used to send him mad flicks in Cash Rule
And the cat too, old girl who's clackin' her shoes
And that wicked witch broke her broom, clappin' at Scoob
It happens every night, I seen it, shoot outs in Jellystone Park
Kermit had the whip, he did from the narcs
They bagged Woody, Shaggy shot dead in his hoodie
Tweety did the Bird, "I thaw, I thought I thaw a putty"
Ghost, please you don't even want to know
Droopy Long wrote a song, like to hear it, here it go...
Ricochet Rabbit had a habit, he was savage
Bruto slapped, Magoto slapped out his glasses backwards
Magilla used to come to class wit rachets
He was known in the hood, plus good for his classics
Slashes, blast four-fifths, diamond cut, hollow point tips
Big Boy bustin' out his corderoy fix
Eleven, way beyond is little boy fit
Magoo, he gon' catch him at the teachers' conference
So later that week durin' open school night
Everybody there, saw open school fight
Blows is big, Olive Oil was p*ssed
The wolf was too, they murdered one of the pigs
He said, "What great big heat you have"
He replied, "f**k my gun I'll eat you fast"
He said, "What great big teeth you have"
"Mothafu- you better look at all the beef you have"

[Hook: Ghostface Killah & Raekwon]
It's the illest little story for all the girls and boys
Wonderland you should see it, ch-yo
Animated actors that become ya toys
Once you see it, don't believe, ch-yo

[Verse 2: Ghostface Killah]
After that though, Jerry, Tom's the cat, Ruther Rats
Riff Raff, courageous cat, Jossie and the pu**ycats
Porky Pig ripped shag, Elmer Fudd's double snub cartoon gat
Had sat in the back of the Hat, the hippos had O's
Wilma had f**ked Johnny Bravo
Richie had his sh*t snatched then yapped at a live show
That b*t*h dollar boated yo, Astro screamed on Dino
That's what he gets for ass-betting Snoopy C-low
Goofy had kilos, big hole in his nose, wind blows
Heard he was Moe, and showed how he rolled
Peter Pan's the man, he heard Grammy was blood-ed
She shot Ms. Piggy, she's superior on her set
Pippy Long Stocking had it poppin'
Her and Barney had an army out in pink house, the sh*t was rockin'
Guess who got rich and bounced? Scrooge McDuck, he had an ounce
Ain't no money out in CandyLand, we out...

The Forest is taken from the album "Inversion Method" by Ghostface Killah, LXV, Forest Management. It has a duration of 09:10. The genres of this track are: Gangster Rap, Hip Hop, Rap, Southern Hip Hop, East Coast Hip Hop.
Other tracks from this album include: The Forest