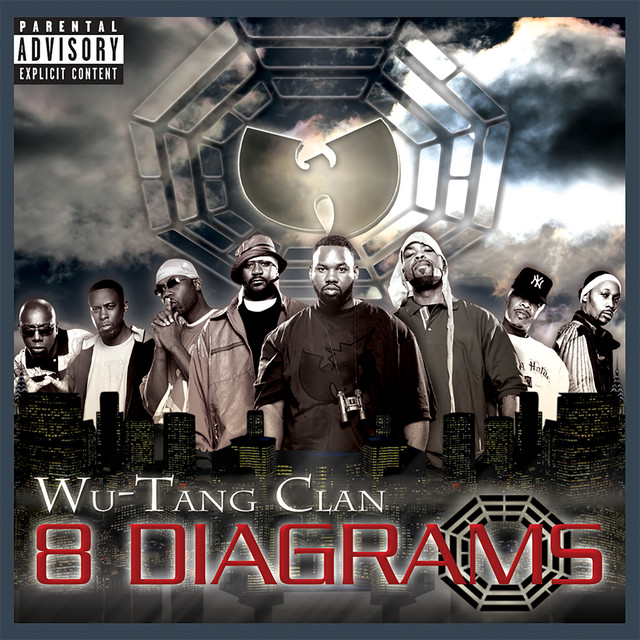 [Hook: Erykah Badu]
The joy the flowers bring me
The pain still has me sinking
All while my heart gently weeps
Your smile has got me shrinking
The tears in your eyes are twinkling
Because the heart gently weeps

[Verse 1: Raekwon]
Snowy night, fiends basing
A raisin in the sun was amazing
The joint on the dresser, a gauge went off
Jumped up, fish tank, it fell, and they stuck
They shot her cousin LaVon, he owed a buck
Willie was awful, pulled out the ratchet, let off two
Grits fell on his leg, Kiana ripped the cold boo'
He violent, an Island n***a with the talent
Of six killas who just came home, from straight wildin'
Robbin everything in Macy's, Lacy, short haircut
With long arms, who f**k n***as, got four babies
Yvette jabbed her, slapped her wig off, ran in the crib
She did the dumb sh*t, my n***a done clapped her
Lester, smoked Chester sister Vest, I heard it was a mess
They ripped the apple out her throat, blessed her
Hungry hyenas from Medina, all A-trainers
Who got reluct', think fast and blast for Beamers

[Verse 3: Ghostface Killah]
Yeah, yo, I brought my b*t*h out to Pathmark, she's pushin the cart
Headed to aisle four, damn, I got milk on my Clark's
That's what I get, not focusin from hittin that bark
My mouth dried, need plenty water quick, I feel like a shark
In the aisle, bustin them paper towels and wipin my Wally's down
I stood up to face a barrel, he's holding a shiny pound
It's him, he want revenge, I murdered his Uncle Tim
I sold him a bag of dope, his wife came and copped again
That b*t*h is crazy
And, uh, she brought her baby
She knew I had the murders a smack, it killed her man though
Now I got his f**kin' nephew grippin' his gat
You's a b*t*h
You better kill me
You know you booty
You pulled your toolie out on me
Motherf**ker!
First thought was to snatch the ratchet
Said f**k it and f**kin grabbed it
I ducked, he bucked twice, this n***a was f**kin laughin
I wrestled him to the ground, tustle, scuffle, constantly kicked him
He wouldn't let go the joint, so I f**kin bit him
Shots was whizzin, hittin Clorox bottles
Customers screamin, then the faggot ran out of hollows
I had to show him what it's all about
Next thing you read in the paper:
"A man who came to kill gets knocked out"

[Interlude: Erykah Badu & Method Man]
I don't know why nobody told you
Man's not supposed to cry
Though we're just babies, and it's so crazy
How tears of joy bring so much life
Yo, ayo, yo, yo

[Verse 3: Method Man]
You on your way to the store? n***a grab me a Dutch
I'm mad as f**k, my dude
My count was short when I was baggin it up
Now I need liquor, n***a pass me a cup
What's up with Officer Brown?
The other day, he tried to shackle me up
He killed Kase, and now, he hassling us
This motherf**ker got balls
Even the gall to try and patting me up
Time to re-up, let these n***as know we back on the block
With three hundred off a G-pack, crack in the spot

[Interlude: Erykah Badu]
I don't know why nobody told you
A man's not supposed to cry
Though we're just babies, and it's so crazy
How tears of joy bring so much life

[Hook: Erykah Badu]
The joy the flowers bring me
The pain still has me sinking
All while my heart gently weeps
Your smile has got me shrinking
The tears in your eyes are twinkling
Because the heart gently weeps

About The Heart Gently Weeps

The Heart Gently Weeps is taken from the album "8 Diagrams" by Ghostface Killah, Wu-Tang Clan, Erykah Badu, John Frusciante, Dhani Harrison. It has a duration of 05:37. The genres of this track are: Gangster Rap, Hip Hop, Rap, Southern Hip Hop, East Coast Hip Hop.
Other tracks from this album include: Wolves, Starter, The Heart Gently Weeps, Stick Me for My Riches, Weak Spot, Unpredictable, Get Them Out Ya Way Pa