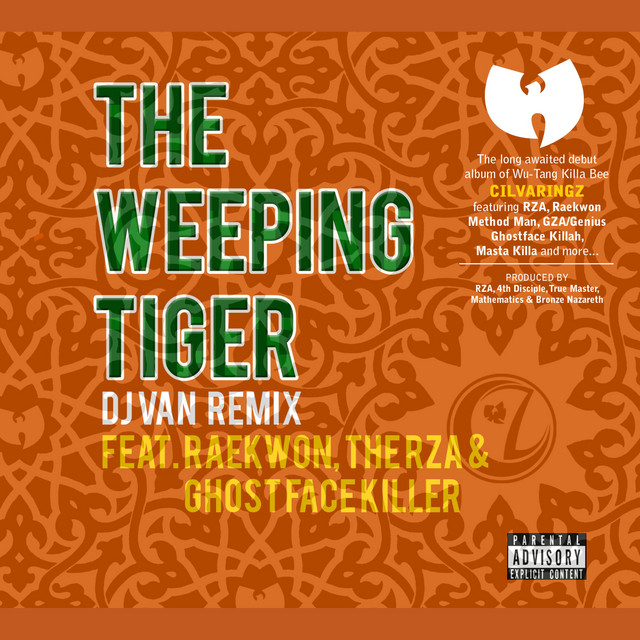 [Intro: Ghostface Killah (Raekwon) {RZA}]
Yeah whatsup. Ay-o check this out y'all this is Cilvaringz
And this ya boy Ghostface we about to pop this sh*t off right
That's right daddy, let the beat drop
(Straight up and down What is the total population of the original nation
Hear the wilderness of North America, and all over the planet earth daddy
{Ayo Ayo Ringz! Celebrate this n***a death date! Blow his f**king brains off!}
It's us man for real. Live from the jungle, where everything is real, guard
Your steel, hold your b*t*h down, pay for your motherf**king bills, rock your hat n***a!)
{All swords shall be drawn}

[Cilvaringz]
Yo; Straight out the iron gates of Palestines frame of thought slinging
With a rock, stayed nice with the mic pon c*cked!
Pops put me on to Pac, Pac put me on to rebel shots
Devil Glocks go pop. dum-diddy-dum
I learned in school fast, how to skip the class
While my grades kept flying through the roof, cheating math
Running back to class fast, went missing, f**king teachers up
Heated up, I'm on the 12 O'clock news screaming whut!
Rapper Cilvaringz signs deals with Wu-Tang and blows
Making 2 grand a show, dum-diddi-dum
Moon and Angelo and Suei in the folio
50 Countries in the box, Amsterdam to Tokyo
I guess they never wanted me to rock and get paid
The same wage they got paid working 22 days
Bloody money makes the world spin in new ways
And 'Cuda never hit that, so that sh*t's on you Rae

[Raekwon]
I sat around the older Gods while they built bomb n***as up
Felt like Saddam tapping on my hand, listen up
Get your money, get brains and big n***as up
Swiss look forward to millions n***a live sh*t up
I sat back in my zone, bone lit, I get your throne lit
n***as I loaned, they ain't gave me sh*t
f**k that family sh*t, you don't see us it's for no reason
I'm in the crib, wifey saying be easy
I'm all high in my motion, money make me want to grab toasters
Spray down Wall street, put up posters
Yelling faggot I'm back, you cant take nothing from the kid
I'm still getting money I'm stacked
Go whatever for the Peso, Rap Julio Iglesio
Sniff the eight in ya face and stay lacio
My ear game, popping in my gear game, fear fame
Rearrange your jaw faster than you hear trains
Test any mortal, call 'em, I'm in the hallway hitting raw autumn
Meet me in the lobby n***a see my daughter
And she gon' spray for her dad
Call a brother later, get that money out the wall, daddy got bagged
I'm going to jail for something real, can't do me nothing, still
Can't compare me to no rap n***a, f**k a deal
I get to hurting n***as, murking on n***as
It's just the network I come from, Ringz now kid reveal 'em!

[Outro: Ghostface Killah (Raekwon)]
Yeah that's right, like I told you before, this is big Ghost in effect
Yo Cilvaringz, you know how we get down n***a you killing it
We Wu'd out, wallabeed out, everything is all real just keep that sh*t up n***a
No doubt cause we ain't going nowhere. Cilvaringz, big Ghost in effect
We signing off n***a we out, one! (Live Moroccan Muslim, you know how it go!)

About The Weeping Tiger

The Weeping Tiger is taken from the album "The Weeping Tiger (DJ Van Remix)" by Ghostface Killah, Raekwon, RZA, Cilvaringz, Dj Van. It has a duration of 03:49. The genres of this track are: Gangster Rap, Hip Hop, Rap, Southern Hip Hop, East Coast Hip Hop.
Other tracks from this album include: The Weeping Tiger