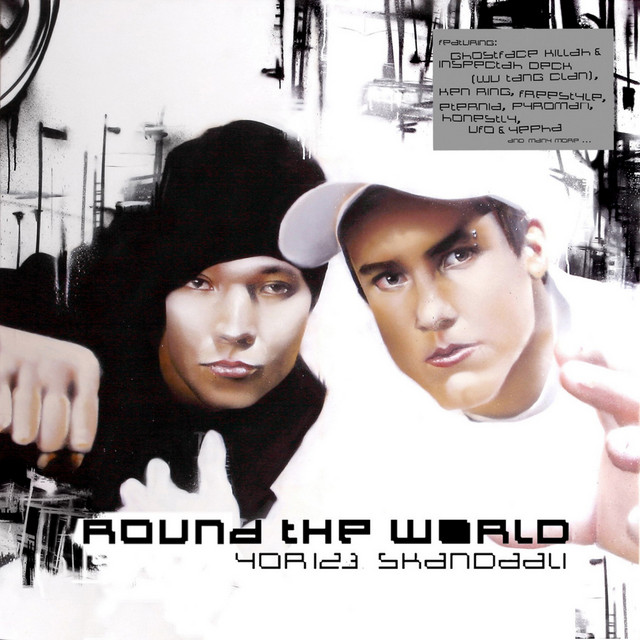 [Intro: Ghostface Killah (Solomon Childs)]
Aiyo, son, yo I just booked these flights to Finland
You still got that connect, right?
(Yeah, son, why? What's popping?)

[Ghostface Killah]
Aiyo, son, you gotta hold me
These fake n***as killed Blake, when he was out of state
Ran up on him, blew his head off his shoulders
Just caught that late notice, got back from China
Big extortion trays with the white lotus

[Ghostface Killah]
Word to my Iron

[Solomon Childs]
Left 'em in Colorado, scheezing a Tahoe
(Get 'em) it was my physical day, and we was poppin' bottles
Profiling with them dense eagles, new motto's

[Ghostface Killah]
f**k all that bullsh*t, it's Black Hawn Down, paint the town
Get the koala skin, german hammer, twelve shot pound

[Solomon Childs]
Somebody gotta, from the way that Blake was found

[Ghostface Killah]
They wanna him cremated, they don't want him stuffed in the ground
So get your passport ready, out of the safe

[Solomon Childs]
Money, Purple Tape, Reagan mask, mace
Head to Virginia, get ready, this is Groundhog's Day
We on our way, f**ka, muthaf**ka...

[Chorus: Ghostface Killah]
These streets, just keep on calling
We gotta, keep on falling
God help me, we keep warring
Too much, now fire's pouring
Jealousy, push me more and
Violence, be fits, now foreign
Then death comes with no warning

About Then Death Comes

Then Death Comes is taken from the album "Round the World" by Ghostface Killah, Solomon Childs, Yor123, Skandaali. It has a duration of 03:52. The genres of this track are: Gangster Rap, Hip Hop, Rap, Southern Hip Hop, East Coast Hip Hop.
Other tracks from this album include: Then Death Comes