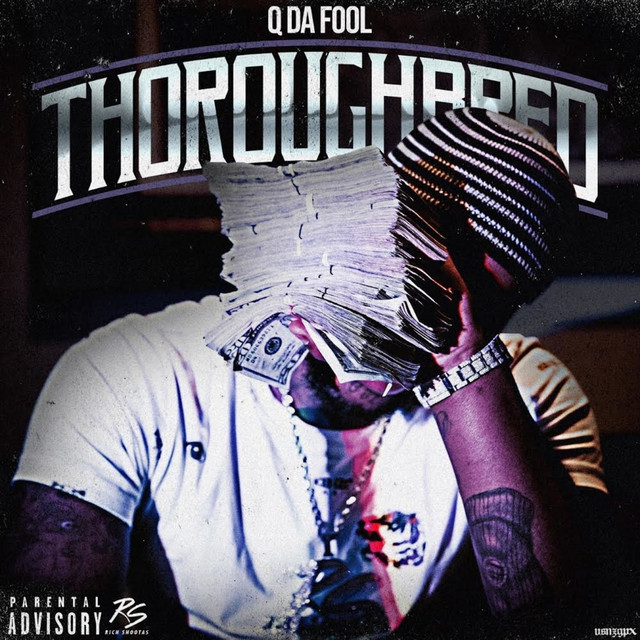 [Intro: Krumbsnatcha]
Just in case y'all n***as ain't understand what the f**k's poppin'
Wolves, Theodore Unit, hey!
That's how we doing it baby, yo

[Krumbsnatcha]
Rap's pharaoh in the latest apparrel
Plus out my barrel, bullets fly like a sparrow
Supermen brother, I'm strong and narrow
One word in my herd, bring more beef than cattle
Ghost past the toast, Solomon you follow him
Let me splat, and we dump him up in Staten
This ain't rapping, it's quiet law
It don't take too much to meet your eye of God
I'm from Boston, we don't spill no beans
It's rather infrared beams, in the myst of your team
Now, Lean Back, like Joe, then riddle
When I hold the semi, spit 'moore' than Demi
Cold and deadly, take the soul of any
Whether, young or dumb, or you old and petty
Ready, on your mark, set, go
Let your double ends up tight, boy, now let's go
Eyes wide, mouth foaming, start stere'
All you see is, Boston and Park Hill

[Chorus 2X: Krumbsnatcha, Solomon Childs]
I thought y'all knew
How we move, always carry the tool
If I don't win, you lose, thorough
In every borough, chasing paper, we ain't f**king with you
Try'nna eat? Here's something I drew

[Ghostface Killah]
Let's go, yo we guzzle like forty cases
Don Perignon bottles, broke in mad places
Bathtubs that never been touched, we f**ked in 'em
Ran trains on b*t*hes, with condoms, Stark up, any tuck
That's right, if my gun empty, my bop get bigger
You see the bigger bulge in the leg of the Hillfig' n***a
The streets is dark, standing from the car, shoot at the NARC's
They dead meat, you see they technique, rolling through parks
There, if I gotta tell you about a real rap tale
Plants, cocoa leaves, tree popo beef, blow ya face off
Just to see what's underneath, bet you I do it
Give me five, I can rap to it
Stuck a ratchet to ya sister, like move it
This is Tone, yo, I'm f**king with a real Unit
And your brother was a real informant, I kinda like you
You got a fat ass, how can I see you in the G4

[Solomon Childs]
Burners, corrupt boulevards
TNT mark cars, bullets in the garage
Blitz, bank truck explosions
Soldiers hit, chronic in the ice cream truck
Big bucks, twenty two's on them Tonka trucks
When the going get tough, the tough get going
No pain, no gain, the game's still the same
Staten Island, New York, fifty hits
Bullets just appearing out of the clips
Black ghetto magic, abracadabra
You could talk that military sh*t, it don't matter
Strike the shepherd and the sheep will scatter
Back by popular demand, Sara Lee cakes and yellow capri's
Maybeline b*t*h with the steams
Lieutenant Solomon Childs of the Theodore
Two thousand and four Commodore, come on

[Outro: Krumbsnatcha]
Knowhatimsayinn, Krumbsnatcha, Ghostface
Holla... my n***a Solomon Childs, hey
Wu-Tang, hey, Boston...
Out for you n***a, hahahaha
Nottz you killing these n***as on the beats
God, you need to stop it, kid... haha
We at it again... one

Thorough is taken from the album "Thoroughbred" by Ghostface Killah, Q Da Fool. It has a duration of 02:51. The genres of this track are: Gangster Rap, Hip Hop, Rap, Southern Hip Hop, East Coast Hip Hop.
Other tracks from this album include: Thorough